92. Abby Johnson // From Pro-Choice to Pro-Life 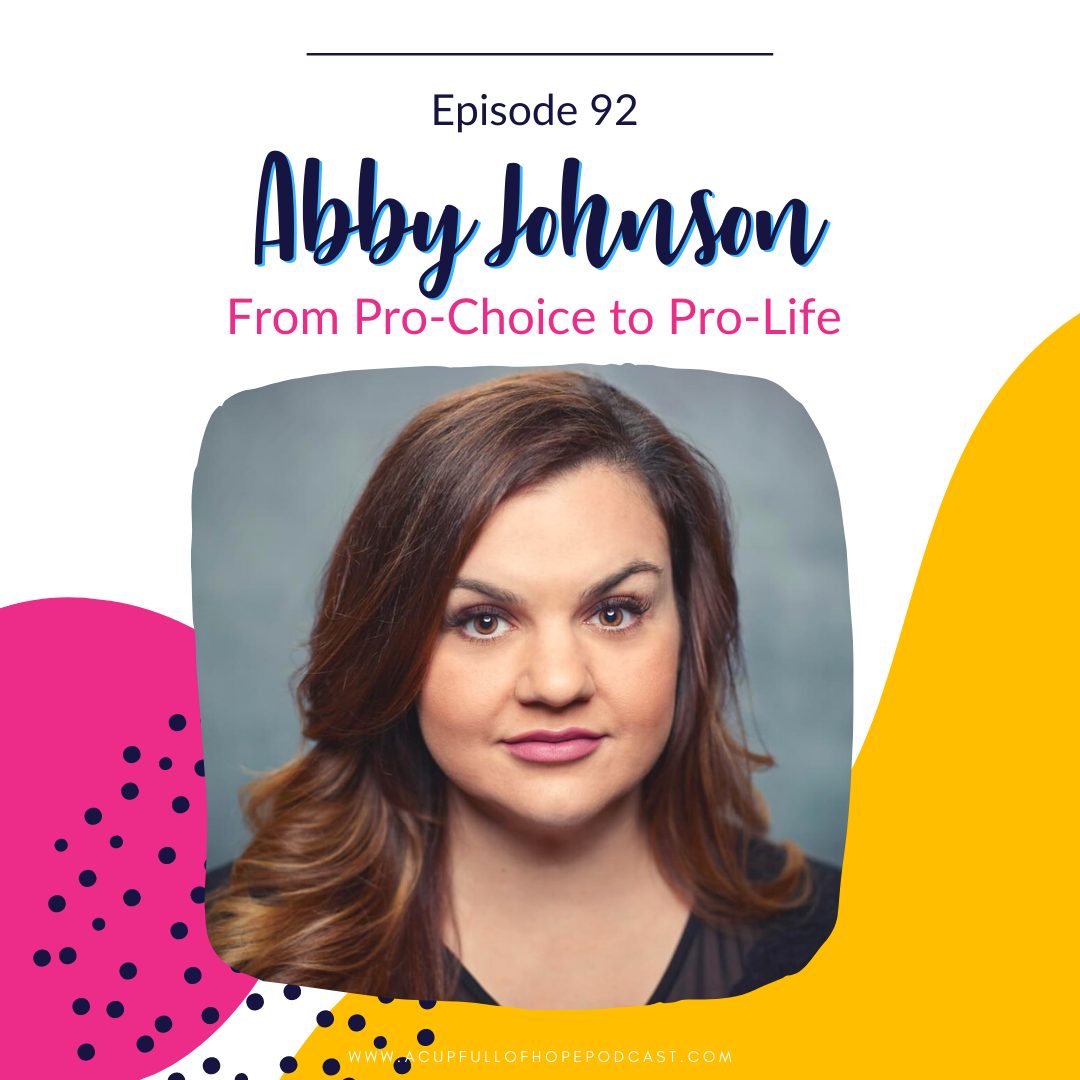 Abby Johnson worked for Planned Parenthood for eight years, working her way up through the ranks to become the clinic director in Bryan, Texas. She was Planned Parenthood’s Employee of the Year in 2008 but she walked away from her job after witnessing the abortion of a 13-week-old fetus during an ultrasound-guided abortion. She left Planned Parenthood and instantly became a national news headline for her defection, which led to a pro-life speaking career. In 2012, she founded And Then There Were None, the only ministry in the nation that helps abortion workers leave their jobs and find new ones out of the industry. To date, she has helped over 550 abortion workers quit. She also founded ProLove Ministries and LoveLine in the fall of 2019. Her bestselling book, Unplanned, was made into a feature film that debuted in theaters nationwide March 2019 under the same name. She and her husband, Doug, have eight children. Tune in to this episode as Abby shares her story and focusing on her encountering the God of forgiveness and grace.

Psalm 103:10 “He does not treat us as our sins deserve or repay us according to our iniquities.”

Romans 6:6-7 “For we know that our old self was crucified with him so that the body ruled by sin might be done away with, that we should no longer be slaves to sin-because anyone who has died has been set free from sin.”

– Most people who support abortion support it up until the point a baby can live on its own outside of the womb.
– Abby attended a very liberal, pro-choice church while she worked at Planned Parenthood.
– All God needed was a small opening in Abby’s armor to get to her heart.
– When Abby saw the ultrasound guided abortion, it was the first time she ever considered the baby in the womb. Up until then, it was all about the woman – not the baby.
– God opened her eyes to the fact that this child has dignity and worth and deserves to be protected.

– There is a lie that says we don’t need to talk about abortion in the church.
– We are so worried about offending each other that we have forgotten that our primary concern should be about offending the heart of God.
– We worry too much about playing nice in the church and because of that we are leading people on the road to hell.

Powerful Quotes:
“All God needed was that little break in the armor to get through to my heart.” – Abby
“God is all-knowing, He is everywhere, and we can run from God, but He can catch up with you.” – Abby
“God can always catch up to you if you are open to His will.” – Abby
“The enemy is trying to kill off a generation and he’s doing it through abortion and infertility.” – Caroline
“We are so worried about offending each other that we have forgotten that our primary concern should be about offending the heart of God.” – Abby
“We worry too much about playing nice in the church and because of that we are leading people on a road to hell.” – Abby
“We should all feel uncomfortable in our sin.” – Abby
“We are almost anti-family in the church, and yet we wonder why families don’t come to church anymore.” – Abby
“A church that is quiet, is a church that is dying.” – Abby
“Christians don’t realize that the only way they are going to grow is if they get uncomfortable.” – Caroline