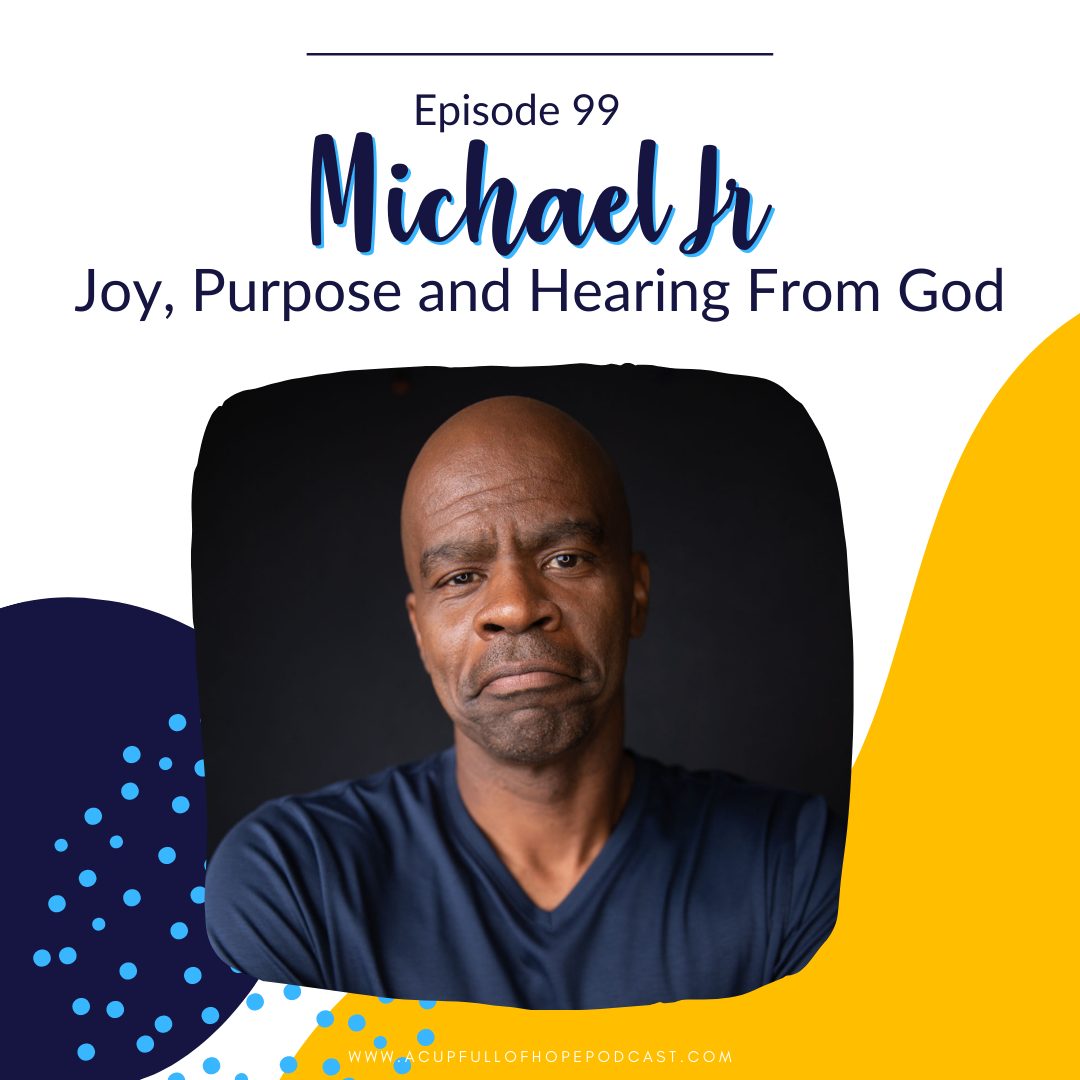 Gifted comedian, actor, podcast host, and author, Michael Jr. lives life with the punchline in mind. His laugh-out- loud stand-up shows, paired with his remarkable humility and candor, have landed him appearances on shows including The Tonight Show, The Late- Late Show, Jimmy Kimmel Live, BET’s ComicView, and more. A touring comedian, Michael Jr. uses comedy to inspire audiences to find their purpose and live a life fulfilled. He believes we all have a gift to share and encourages us to appreciate the lessons we learn throughout our journey. Michael Jr. currently lives with his wife and five children in Texas. Get ready to laugh in this episode as Michael Jr. shares about joy, purpose and hearing from God.

Proverbs 3:5-6 “Trust in the Lord with all your heart and lean not on your own understanding; in all your ways submit to Him and He will make your paths straight.”

Proverbs 17:22 “A cheerful heart is good medicine, but a crushed spirit dries up the bones.”

Encountering the God of Joy

“Comedy opens up people’s hearts and when your heart is open, a deposit can be made.” – Michael Jr.

“Your purpose is always going to be about serving other people.” – Michael Jr.

“God is like being in a car with a navigation device. If you keep making the wrong turns, the road conditions may be different. They may be rougher and you’re running out of time. So you have to be sensitive and listen to that voice so that you can make the right choice about where you’re supposed to be.” – Michael Jr.

“If you can see the whole path and you know exactly what to do, it’s probably just your path and not the one God has you on.” – Michael Jr.

“If God tells you to do something but you think you can’t do it, you are listening to the voice coming from within-your own voice-instead of God’s voice.” – Michael Jr.

“Whenever God is talking to you, it will always line up with His word.” – Michael Jr.

“In your life you have gaps, what question are you asking in between the gaps?” – Michael Jr.

“Maybe the reason you don’t have much is because you have a hard time receiving.” – Michael Jr.

“It’s very important that we have a balance and an understanding of how to give and receive if we truly want to be used by God the way He intended to.” – Michael Jr.

“To give and not receive is a position of arrogance.” – Michael Jr.

“Whatever gets into your heart is revealed in your walk.” – Michael Jr.

If you made a decision text DECISION to 71010