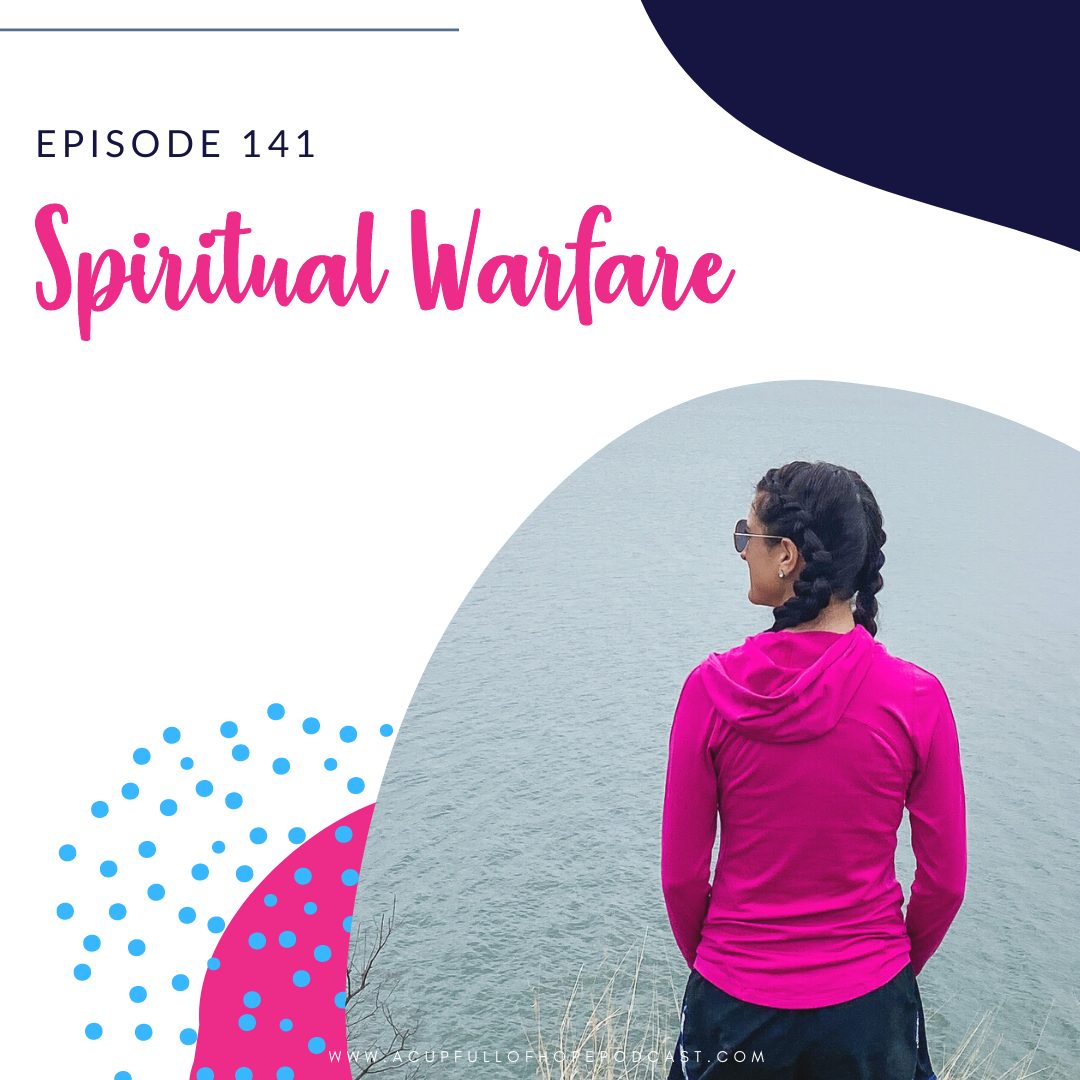 Are you aware of the battle going on in the spiritual realm? There is an enemy whose goal is to devour and destroy you. To live in victory as a Christian you  need to be aware of what God’s Word says on the topic of spiritual warfare so that you do not succumb to the enemy’s attacks against you. Tune into this episode as Caroline shares scriptures on the topic of spiritual warfare as well as teaches how to fight the enemy using the authority given to you by Jesus.

John 10:10 “The thief comes only to steal and kill and destroy; I have come that they may have life, and have it to the full.”

1 Peter 5:8-9 “Be alert and of sober mind. Your enemy the devil prowls around like a roaring lion looking for someone to devour. Resist him, standing firm in the faith, because you know that the family of believers throughout the world is undergoing the same kind of sufferings.”

James 1:22 “But don’t just listen to God’s word. You must do what it says. Otherwise, you are only fooling yourselves.”

1 John 3:8 “The reason the Son of God appeared was to destroy the devil’s work”

Realms of the Kingdom

The Armor of God

How do we fight against the enemy?

“We’re not going to give the devil all of our attention, but we are also not going to pretend like he doesn’t exist.” – Caroline

“The spiritual realm is more real than the natural realm.” – Caroline

“We cannot live by what we see.” – Caroline

“There is an enemy who is out to destroy your life.” – Caroline

“If you pretend that the enemy does not exist, your life will be torn to shreds.” – Caroline

“We are in a battle, but we are standing in a place of victory.” – Caroline

“The only authority the enemy has is the authority we given him.” – Caroline

“If you want authority over the enemy, you are going to have to live differently.” – Caroline

“The only access the enemy has in your life is the access that you give him.” – Caroline

“If our hearts aren’t healed, it is an open door to the enemy to have access.” – Caroline

“Many things in your life that you have blamed God for, is actually the enemy’s fault.” – Caroline

“Many things you have blamed the enemy for, is actually your fault.” – Caroline

“God has equipped you with every tool and every weapon that you need to defeat the enemy.” – Caroline

“We will never be able to operate from a place of victory without God’s Word.” – Caroline

“We have to be men and women who are filled with both the spirit and the Word of God.” – Caroline

“Worship is how we fight our battles.” – Caroline